Which Airlines Are Affected By Boeing 737 MAX Electrical Groundings?

While the latest potential issue with Boeing’s 737 MAX has nothing to do with the issues that kept it out of the air for some 20 months, it can still wreak significant havoc on airline planning. Many of the airlines with planes affected by the security recommendation issued a couple of weeks ago are located in countries yet to recertify the type. Others have, once more, been forced to ground big parts of their 737 MAX fleets. 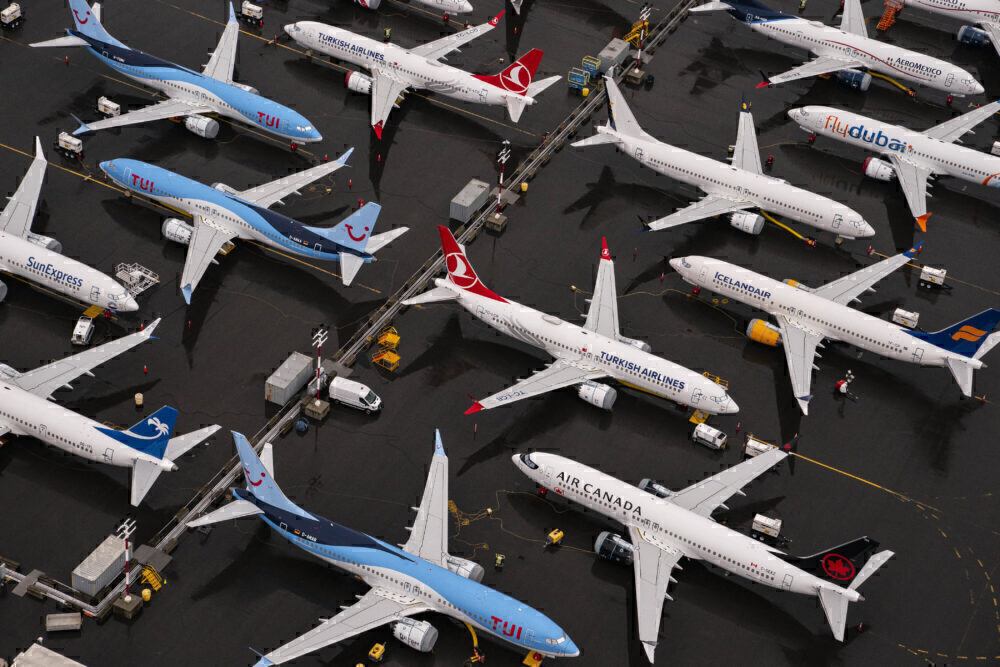 On April 9th, Boeing announced that it had made a safety recommendation to 16 737 MAX operators due to an electrical issue identified on certain aircraft. Several airlines immediately grounded some of their 737 MAXs for inspection and potential corrections to ensure sufficient ground paths for a component of the electrical system.

Last week, the Federal Aviation Administration (FAA) gave notice to international air regulators that a total of 106 airplanes were affected by the potential issue. Seventy-one of those aircraft are registered in the US.

“All of these airplanes remain on the ground while Boeing continues to develop a proposed fix,” the FAA said, as reported by Reuters.

The administration further added that according to Boeing’s investigation, the affected parts in question were the standby power control unit, a circuit breaker panel, and the main instrument panel. But just what airlines are flying the planes the FAA was referring to? 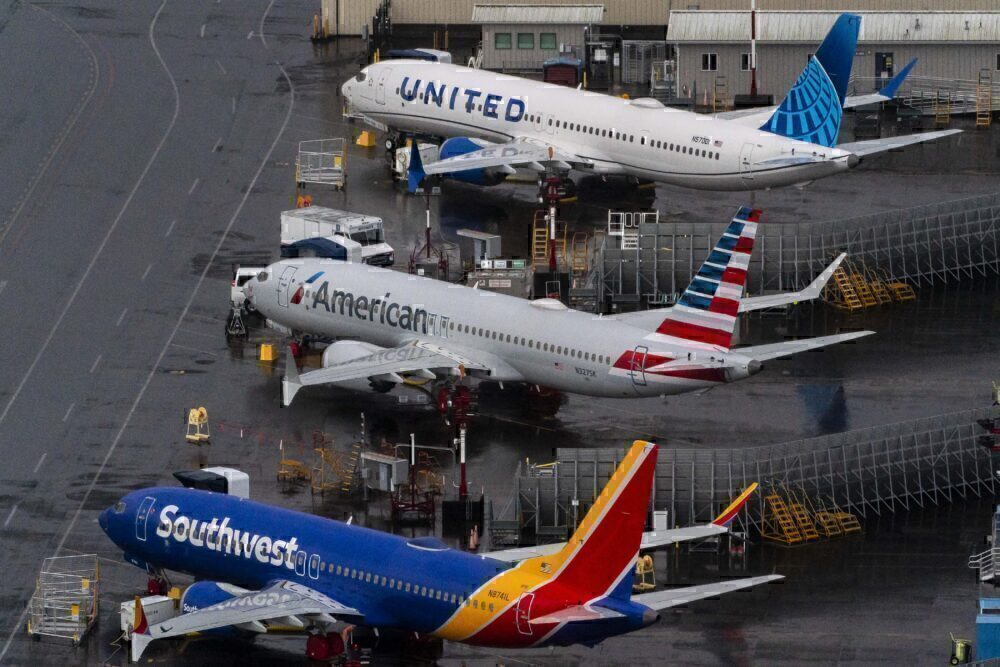 The world’s largest 737 MAX operator, Southwest Airlines, has confirmed that 30 of its 737 MAX 8 planes were affected, equalling approximately half its fleet of the type. American Airlines has pulled 17 out of its 24 of the same model, whereas United Airlines has paused 16 of its 30 Boeing 737 MAX 9s.

Another North American carrier affected by the potential issue is Canada’s WestJet. The recommendation was in regards to just one out of the airline’s 14 737 MAX 8s. The Calgary-based carrier told CBC that it had been,

“…notified regarding a potential production issue with one of its 737 MAX aircraft and has removed the affected aircraft from service for subsequent inspection. Any maintenance, if necessary, will be completed before the aircraft returns to service.”

Fellow Canadian leisure carrier Sunwing Airlines is also affected by the potential electrical issue. While it is unclear how many of the airline’s six 737 MAXs fall into the category, they are all parked, along with all but two of the airline’s 18-plane fleet. 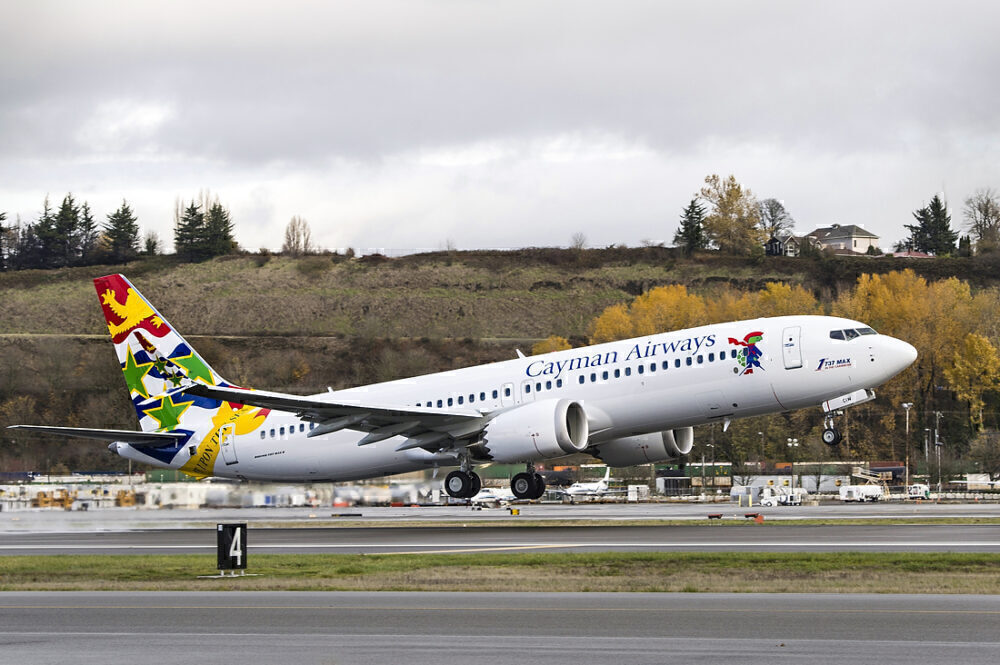 South America and the Caribbean

In South America, the FAA has mentioned COPA Airlines and GOL Linhas Aereas as airlines needing to inspect their aircraft’s circuitry. COPA flies 13 MAX 9s, seven of which are currently listed as parked. Respective numbers for GOL are eight and one but of the MAX 8 model.

Two Caribbean carriers are also affected by Boeing’s recommendation. Cayman Airways operates three 737 MAX 8s. With only seven aircraft in total, having to park even one plane could be disastrous for planning. While there is not much information on Valla Jets, other than that it is incorporated in Bermuda, it is also on the FAA’s list of affected airlines.

In Europe, Icelandair, Italy’s Neos Air, leisure specialist TUI, and Turkish Airlines are also on the list. The first has five 737 MAX 8s and one MAX 9 in its fleet. All but one of the former are currently parked. Neos has two of the MAX 8, both grounded, whereas TUI has six of its 19 MAX 8s active. Turkish Airlines has 11 MAX 8s and one MAX 9. Only two of the former are currently active. 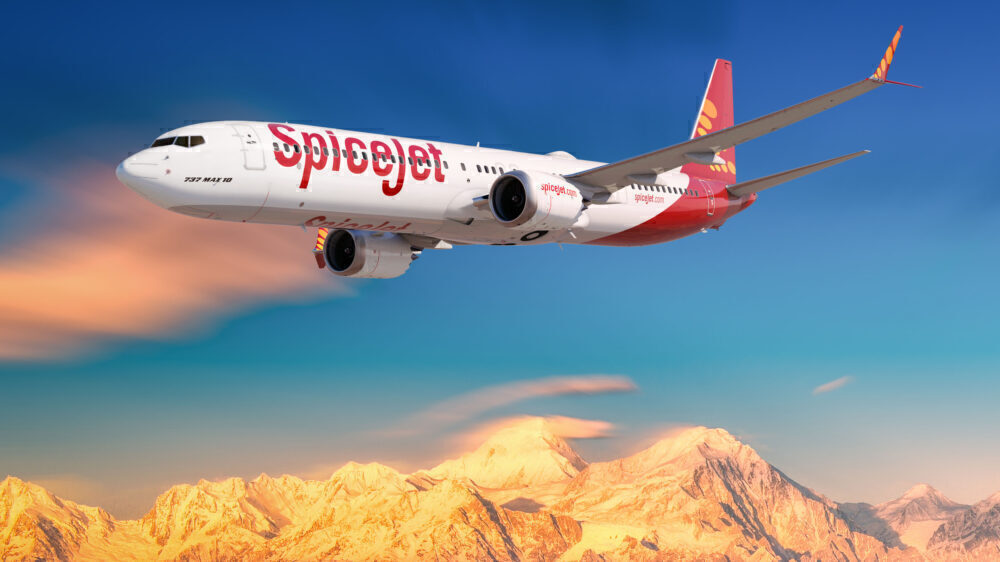 In China, carriers with affected jets include Shandong Airlines and Xiamen Airlines with seven and ten 737 MAX 8s respectively. The planes are all parked, not due to inspections, but because the Civil Aviation Administration of China is yet to allow the MAX to return to service. Minsheng leasing is also included on the FAA’s list.

Meanwhile, in India, the county’s second-largest carrier, SpiceJet, is also among those with planes affected by this month’s MAX developments. However, as India’s Directorate General of Civil Aviation also has yet to recertify the 737 MAX, there is no change to the airline’s 13 MAX 8 planes.

Singapore Airlines’ regional carrier SilkAir, a victim of the ongoing crisis, is also on the list of carriers that need to check their planes. The airline brings six 737 MAX 8 planes to its merger with its parent airline, all of which are currently on the ground, awaiting ungrounding, and generally better times.